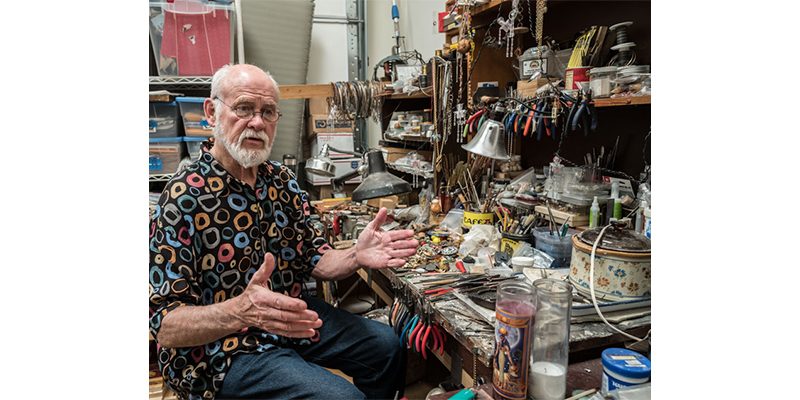 Robert Ebendorf (Santa Fe, NM) was born in 1938 in Topeka, Kansas. He received his BFA in 1960, his MFA in 1962. Following graduation, he received a Fulbright Fellowship to study at the State School of Applied Arts and Crafts in Norway. He has taught at the University of Georgia (1967-71) and State University of New York at New Paltz (1971-88). In 1995, he was awarded the American Craft Council Fellowship for his achievement in crafts and commitment to the craft movement. Bob is co-founder and past -president of the Society of North American Goldsmiths (SNAG) and represented in many worldwide collections including the Metropolitan Museum of New York, the Victoria and Albert Museum (England), Yale University Art Gallery. He taught at East Carolina University (1998-2016) where he served as the Belk Distinguished Professor in the Arts for many of those years. The Smithsonian institution invited him to participate in its Archives of American Art Oral History Program. He was awarded the 2010 North Carolina Governor’s Award as well as the 2014 Lifetime Achievement Award from SNAG. He is currently Professor Emeritus and enjoying “retirement” in Santa Fe, NM. 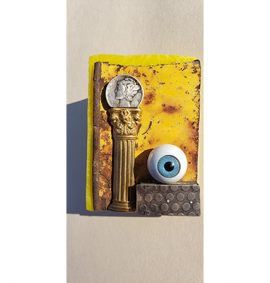